Find a Local Dealer Verðlisti
view all the news 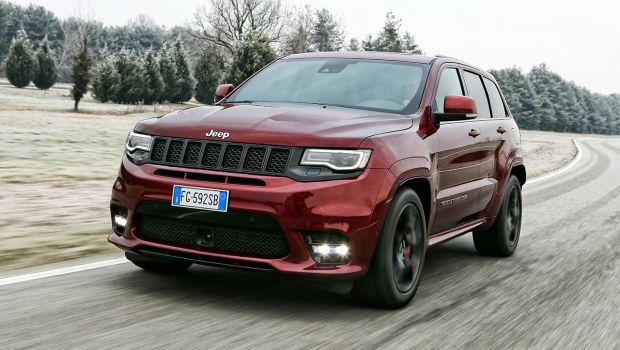 The high performance Jeep® Grand Cherokee SRT has been honoured by readers of the influential German magazine Auto Bild Sports Cars. The powerful 468 horsepower model scooped the readers’ choice award for best import in the Vans and SUV category.

It is the first time the famously knowledgeable readers of the magazine have chosen a Jeep model as a winner, underlining the huge appeal of the sports inspired premium SUV.

The 2017 edition of the awards saw a total of 110 models compete across 15 categories. Among the standout features that  saw the Jeep Grand Cherokee SRT win its category, was its 6.4-litre HEMI V8 naturally-aspirated engine. Generating 468 hp of power and an impressive torque of 624 Nm at just 4,100 rpm without turbocharger from its hemispherical combustion chambers, it’s considered one of the last high-performance aspirated engines.

The award demonstrated the range and versatility of the Jeep brand and proves that its extensive range of off-road vehicles and SUVs is winning over even the most demanding fans of high-performance vehicles in Germany.

Jeep Grand Cherokee is the flagship of the Jeep brand and the most awarded SUV ever. Since its introduction in 1992, it represents the Jeep benchmark in terms of power, comfort, innovation and craftsmanship.
This year, Grand Cherokee celebrates 25 years of 4×4 leadership – a milestone anniversary underscoring how it has defined the premium SUV market, while bringing to life the Jeep brand’s pioneering spirit and quest for technical innovation. Available in a full line-up  with 6 trim levels  – Laredo, Limited, Overland, Trailhawk,  Summit,  SRT – and the new Trackhawk that will be introduced in the first half of 2018, Grand Cherokee has been sold in more than 6 million units worldwide since its introduction 25 years ago.